One of the nice features of VirtualBox is it allows you to created linked clones. Unlike a full clone of a virtual machine, a linked clone shares an existing disk image. This significantly reduces the space required when running multiple virtual machines. For the example in this post the base installation used 1022M of disk space, however the linked clone used just 37M of additional space.

Before creating a linked clone, a base image needs to be created. There are many ways you could go about doing this. For this post I'm going to kickstart a CentOS virtual machine as described in a previous post. However you build the system, end result should look something like this: 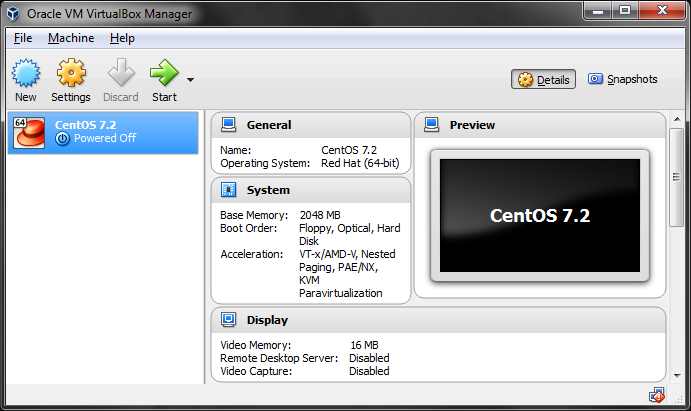 Note: this script is designed to run on Windows under a Cygwin environment. It should be trivial to adapt it to work under a different operating system. You may also need to tweak the variables set at the top of the script before running it.

Running the script will run through the following steps:

The steps above should take a few seconds. Assuming everything was successful you should see a new virtual machine: 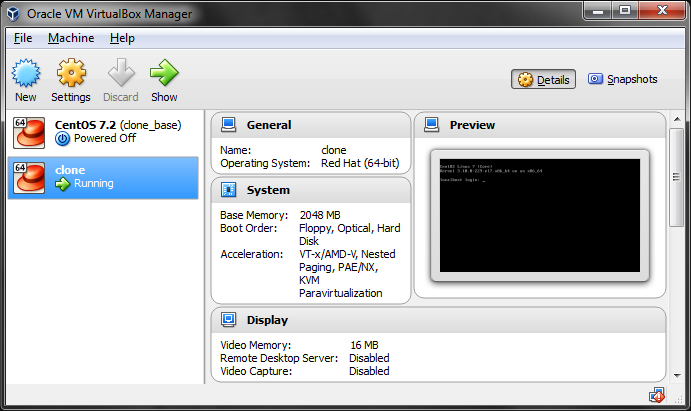