Last month the CentOS project finally released CentOS 7.3. By default, CentOS ships with GNOME 3 as the primary desktop environment. However I tend to prefer lightweight alternatives like Xfce.

I started out with a minimal CentOS install that only used the @core package group. This system was installed using the kickstart script from a previous post.

Xfce is packaged as part of the EPEL project, therefore the first thing to do was install the EPEL repository configuration:

274 packages and 144MB later Xfce was installed. The last thing to do was tell systemd to run a graphical environment and enable it to run at boot:

Note: if you only have a root account, it's a good idea to setup a separate user instead of logging into Xfce as root.

If you're running CentOS as a Virtual Machine, it's a good idea to install the guest additions software. To start the installation process, select "Device -> Insert Guest Additions CD image" from the menu: 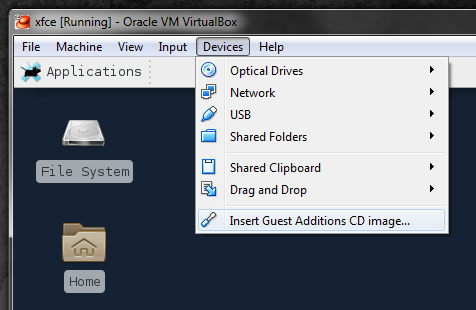 The guest additions need to be compiled against the Kernel. This should be straightforward, however headers and a suitable compiler need to be installed:

Note: dkms is not required, but it will save having to recompile after kernel updates.

Once development tools have been installed the ISO can be mounted:

From here it's just a case of running the installation script:

Note: at this point you may need to restart the system before logging in.

Once Xfce is installed, the system should boot into a gdm login screen: 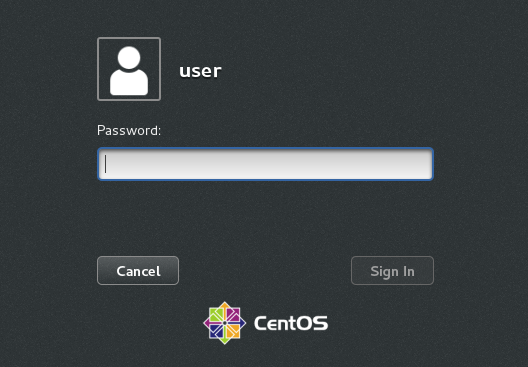 From here you should be able to log in and start using Xfce. If you're new to Xfce, below are a few links to get you started: